Enjoying a sunrise on the beautiful beach of Valencia, while listening to the gentle waves of the Mediterranean Sea, I was reading about Valencian art and literature. 🌊

I was impressed by a quote from the renowned writer Vicente Blasco Ibáñez:

We have two forces that help us to live: forgetting and hope.

I translated this idea into a musical piece in which the two elements — forgetting and hope — have a negative side (minor) and a positive one (major). 🎶

Sometimes we forget memories we would like to remember for a lifetime, and we hope for things that later turn out to be mere illusions. At the same time, forgetting is a real remedy that calms past sufferings and disappointments, while hope comes as rectification of that forgetfulness, with which we project a better future. Not accidentally hope is, along with faith and charity, a theological virtue (cf. 1 Corinthians 13:13). 🙏

The two musical motifs alternate, being followed by a modulation, so that the second part gives us a brighter atmosphere, ending in a major chord, full of hope. ✨ 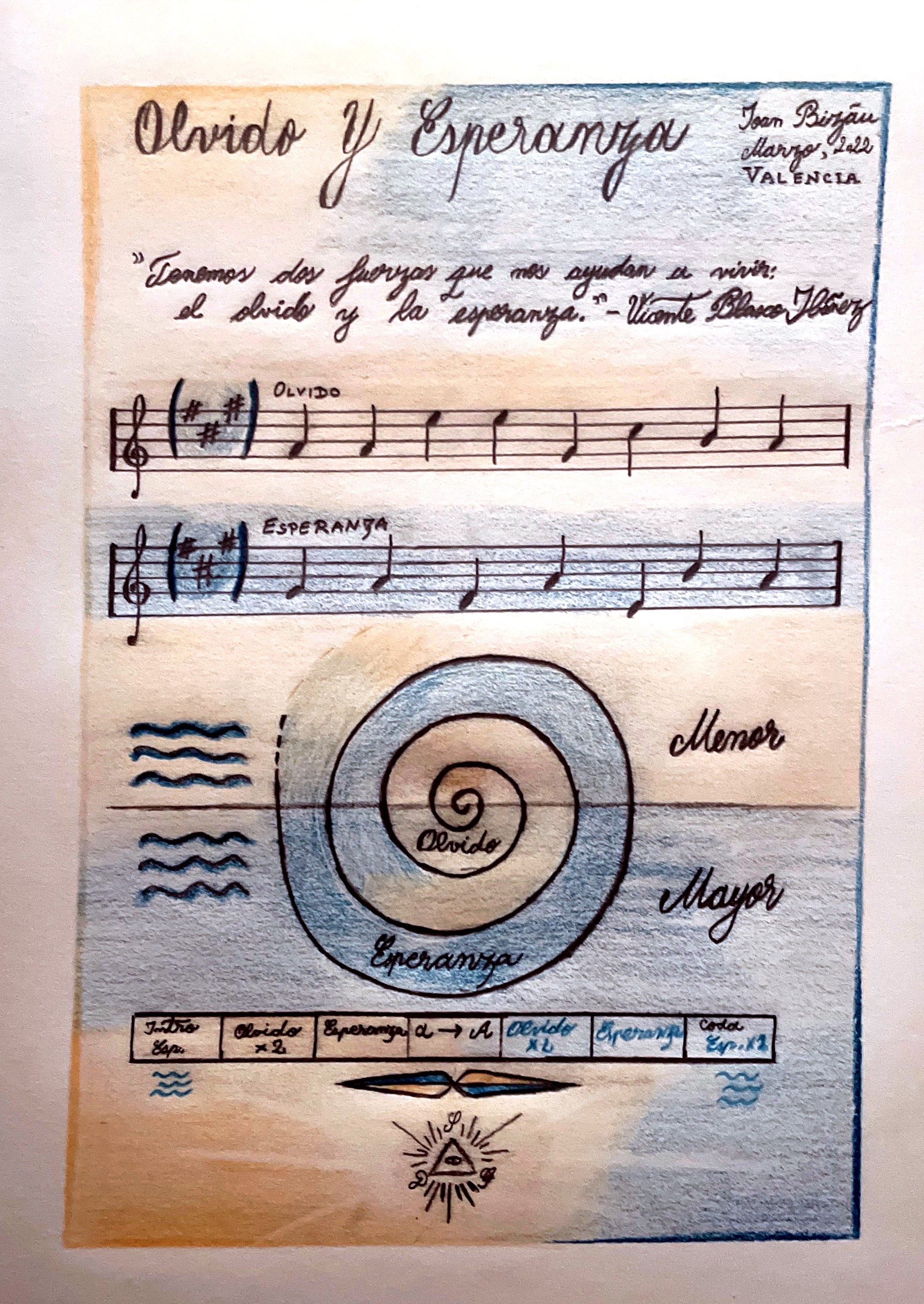 Have feedback on this article? Let @IonicaBizau know on Twitter.

Have any questions? Feel free to ping me on Twitter.